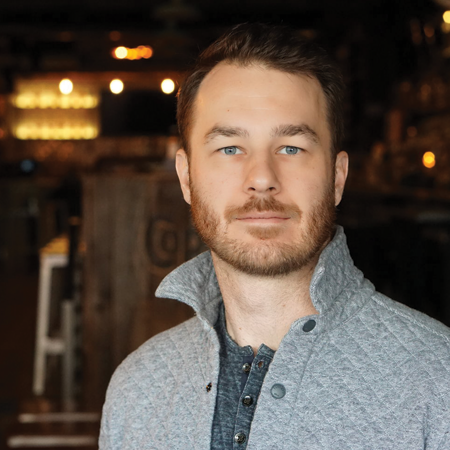 Sean White is a Baltimore native. He graduated from Calvert Hall, located in Towson, Maryland, and moved on to Salisbury University, to play lacrosse and earn a Business Degree in Finance and Accounting. During his college career, Sean had his first experience with the hospitality industry working summers in Ocean City, Maryland. After graduation from Salisbury University, Sean spent four years working in finance; but the hospitality industry, his first love, beckoned for his return. Finally giving in to the desire, Sean began exploring his lifelong dream of owning his own business. He opened his first restaurant, The Reserve, in 2010 and never looked back.

Sean is driven by his desire to create unique brands ensuring his guest have memorable experiences every day in his establishments.  A hands-on leader focused on developing his teams both personally and professionally.  Embracing every employee’s own unique abilities resulting in added value to the White Oak brand experience.

Since the initial opening of his first project, he and his partners have opened and launched the well-known and loved Wayward Smokehouse, Banditos Kitchen & Bar, and 101 Baltimore in the Federal Hill neighborhood of Baltimore, MD. In 2019, the Wayward Smokehouse brand opened its doors in White Marsh, Maryland along with a new restaurant project, The Curious Oyster. White continues to be passionate about the hospitality industry and for fostering great teams of people around his successful restaurant brands. 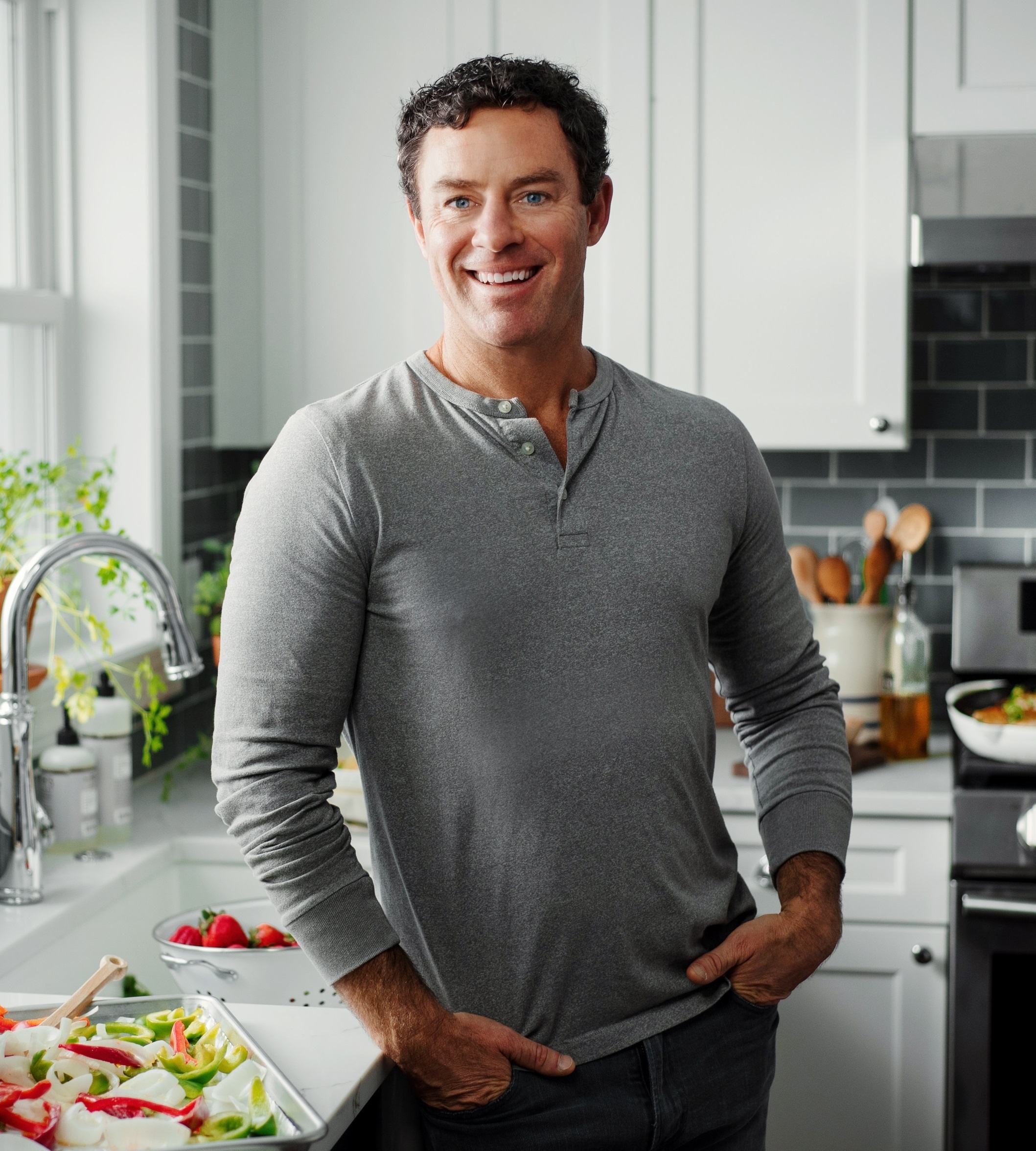 Michael McDevitt has been a dynamic leader in the health and wellness industry for the past twenty years.  He began his career as one of the earliest employees at the Blackstone Group, a leading investment and advisory firm. From there Michael went on to become the youngest CEO in the history of the New York Stock Exchange (NYSE) and found more than six successful businesses in the health and wellness space.

Michael first entered the hospitality industry in 2015, as an investor and advisor to a vibrant and growing restaurant group. Since 2015 he has been an integral partner, helping to guide the group to currently operate four different concepts throughout multiple locations.

Michael founded Tandem Growth in 2013.  He leads a team of seasoned executives focused on helping companies grow. They do this by identifying organizations that are proven in their industry and would benefit from Tandem’s leadership, strategy, marketing, and operations, experience will result in driving rapid and profitable growth.

Michael served as Chief Executive Officer and Chief Financial Officer of Medifast Inc. from March 1, 2002, to February 8, 2012.  Under his direction Medifast grew annual revenues from $2 million in 2002 to over $400 million in 2012. This growth caused Medifast to be named the #1 growth company in America by Forbes magazine, averaging over 40% Compound Annual Growth Rate (CAGR) for each of the ten years he held the CEO position.  Also under his direction, Medifast was named “Stock of the Decade” for its performance on the New York Stock Exchange, providing over a 16,000% return to its shareholders.

Michael currently serves on multiple Boards, continuing his passion to help maturing organizations achieve growth in both their top and bottom lines. 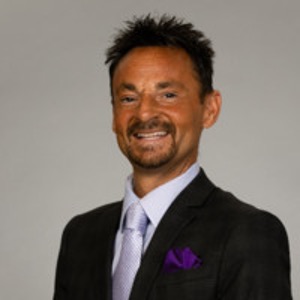 Dom has been an Executive in the IT, Supply Chain, & Analytics space over the last 20+ years. Dom’s servant leadership approach, business acumen, and analytical prowess are well documented with demonstrated experience across many divergent industries. Industries the likes of Restaurant/Hospitality, Manufacturing, Distribution, E-Commerce, Consulting & Big Box Retail. Dom has led Supply Chain, Information Technology & Analytics teams organizationally for some of the major leaders in these respective industries within North America. These include P.F. Chang’s China Bistro, Pei Wei Asian Diner, Medifast Inc., Datavail Inc., Intertape Polymer Group, First Data, Barco Uniforms, and Office Depot. Other notable brands where Dom has held senior-level IT & Analytics roles were Krispy Kreme, National/Alamo/Enterprise, and Art Van Furniture. Dom has touched at some point throughout his career many of the technologies used within the IT, Operations & Analytics landscapes. Dom has an Economics degree from Villanova University and an MBA from NSU. He has also been awarded a certificate from the highly acclaimed Georgetown Executive Leadership program and has held his Six Sigma Green Belt certification for the last decade. 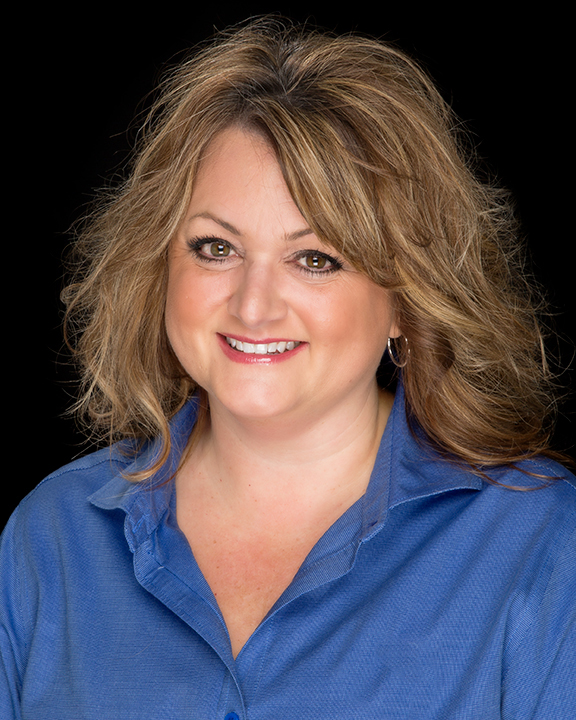 Krista Lang is passionate about the people she leads and the programs she develops to help them succeed, both personally and professionally.  With a degree in Psychology and over 20 years in all areas of Human Resources, she has a solid understanding of what it takes to develop a company’s greatest asset, People.

Early in her career, Krista spent several years working in hospitality, both front and back of house.  After college, she worked her way through all areas of human resources including recruiting, compensation, benefits, policy development, and employee relations in the Financial and Quick Service industries.  Krista is a graduate of Indiana University and is certified as a Professional in Human Resources (PHR) by the Human Resource Certification Institute in addition to holding certification as a SHRM Certified Professional (SHRM-CP) by the Society for Human Resource Management. She has been a long-standing active member in the Society of Human Resource Management (SHRM) organization as well as state chapters in Kentucky and Indiana, the American Payroll Association (APA), and the Women’s Foodservice Leadership Forum (WFF). Prior to joining the White Oak Hospitality leadership team, she most recently served as Vice President Human Resources and Training where she led LJS to be awarded one of the Best Places to Work for five consecutive years.

Krista is now Vice President of Human Resources for White Oak Hospitality in Baltimore.  In this role, she leads the People team and is accountable for team member strategy, alignment, talent development, and performance management.  She is excited to continue evolving the people strategy and culture by bringing the mission and values to life for all team members throughout the brand.

In order for White Oak Hospitality to create exceptional experiences for all of our guests, we first have to create an exceptional culture for all of our team members.    We will empower each person to be accountable for success by providing the tools needed to learn, develop and grow within the organization.   We recognize the diverse talents and strengths each individual contributes to our team so the entire brand can succeed as one. 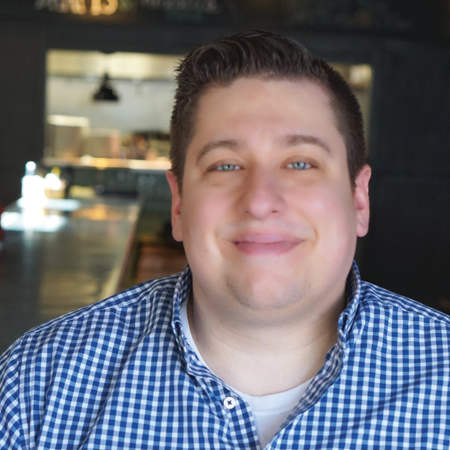 From his beginnings cooking during the holidays with his Polish grandmother, a Highlandtown native, or working as a cook at Chick-Fil-A, Bobby Jones has worked hard to learn how to succeed in the hospitality business. After several jobs in the kitchen, he moved onto the management side of the business, but never lost his love for the kitchen. His experiences in the Back of House laid the foundations for his ability to understand all aspects of the hospitality industry. Bobby assisted in the opening of The Fillmore in Silver Spring in 2011 as Food & Beverage Director before moving to Federal Hill, where he’s worked since.

Bobby joined White Oak Hospitality in 2011 and now oversees all operations at White Oak’s five restaurant experiences – Wayward Fed Hill, 101 Baltimore, Banditos, Wayward White Marsh, and The Curious Oyster. His vision for the company is to always provide great service and inspired fun and approachable restaurant brands. To achieve this, he and the White Oak leadership team are committed to forming the best team possible to execute consistently, while always having a good time doing it. 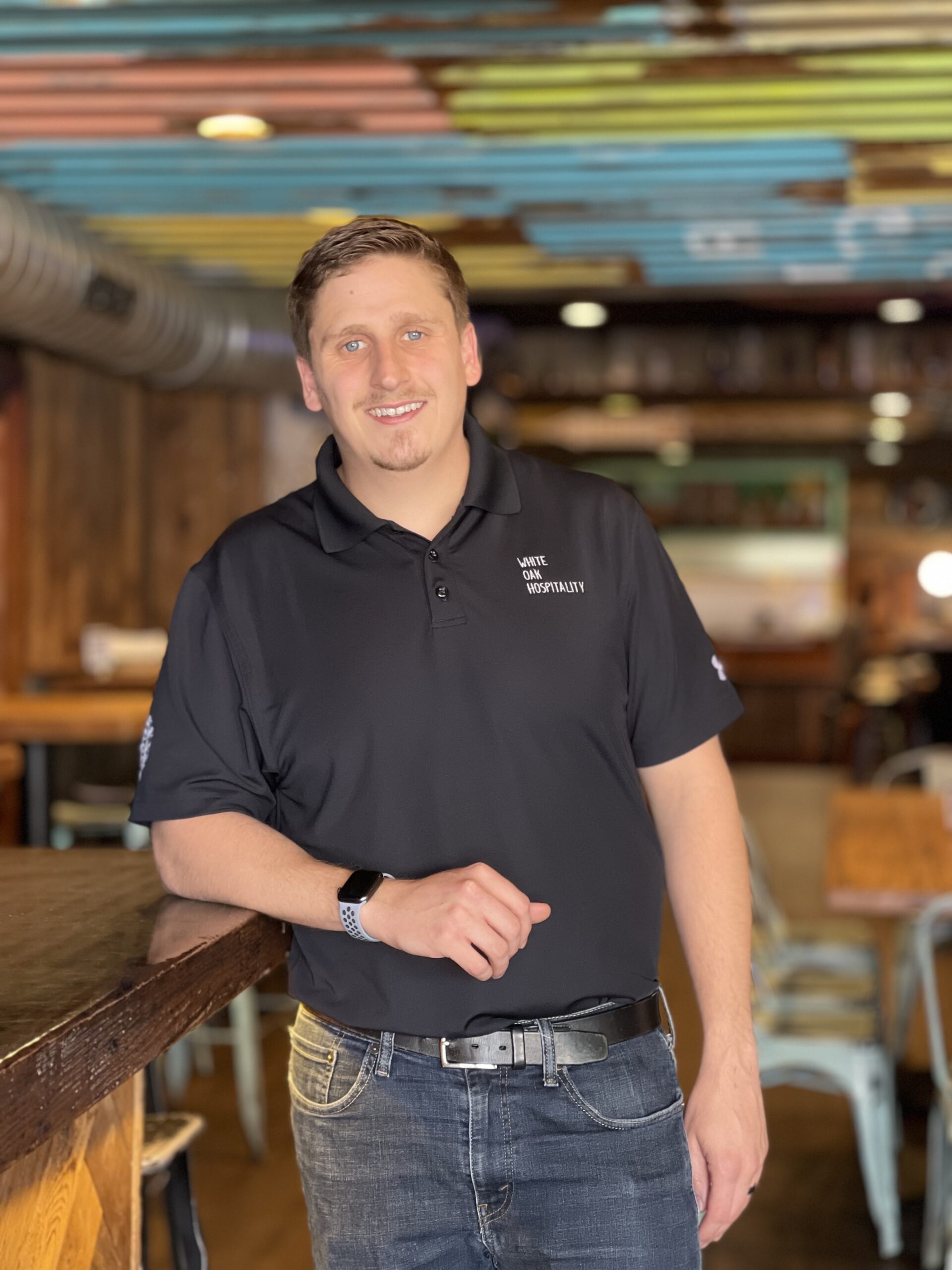 Nicholas Bellone, Director of Leadership, and New Store openings—was born and raised in White Marsh Maryland. Nick started his career working in the restaurant industry at a very young age. His first job was at a local bar owned by his aunt. At the age of 15, he worked as a dishwasher, cook, and bar back. Eventually landing a job working for a local Greek restaurant after school and on the weekends. Nick had made plans to join the military after graduating from Perry Hall High School, however, his love for the hospitality industry rooted him here in Baltimore—working his way up through the ranks of a local fast-casual restaurant. Nick was offered his first job as a restaurant manager at 19 years old. In his mid-20’s Nick’s beloved Aunt unexpectedly passed away. Both Nick and his mother took over the bar, owning and operating it for a few years before selling it in 2007.

In 2009 Nick was offered a part-time job with the Greene Turtle, which eventually turned into the career path he was not expecting.  Starting as a cook and expeditor, Nick was promoted to the training department; and was tasked with heading up all training initiatives for the company. During his tenure with Green Turtle Nick opened 17 restaurants; he spent a fair amount of time working in the operation department as an area director. His experience in management, corporate training, and operations over the tenure of his career, make him a valued addition to our White Oak Hospitality team.

Nick loves working with people and would not want to be doing anything else! He enjoys building relationships, strives to help others become successful, and to grow! In his time off, he enjoys spending time with his wife and family; loves spending time in nature, hiking, kayaking; and in the winter Nick is an avid snowboarder; he will try to make it to the mountain as much he can. 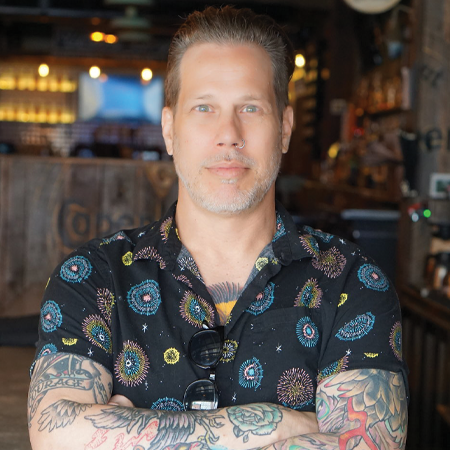 After a career working in the music business during his early 20s, Chef Josh White followed in his mother’s footsteps and decided he’d give a culinary career a try. So he packed up his life and headed back to central Pennsylvania, where he enrolled in The Olewine School for Culinary Arts at Harrisburg Area Community College. While in school, Josh cooked at Bricco, an upscale Mediterranean/Italian restaurant, and instantly fell in love with the culinary life.

Once trained, Josh cooked in a variety of restaurants until he fell in love with BBQ. He started Smoke in Cockeysville, where it quickly gained popularity throughout the Baltimore metro area and beyond. However, he never wanted to be held down by one culinary focus, so when offered a position heading up the restaurants at White Oak Hospitality, he jumped at the chance. Today, Josh brings his witty sense of humor, fun-loving attitude, and culinary prowess to each of the White Oak experiences. He is excited to continue to show the world that Baltimore is not only about the fun, but also creates some seriously delicious food.

White Oak Hospitality really brought it for my husband’s 40th birthday surprise party. We planned a luau theme for our guests and Jenifer Fedeli worked with us to create the perfect menu to match our special event. Our catering order was not made up entirely of things found on the menu. The chefs worked with our budget to create a flavorful array of Hawaiian inspired dishes for our guests and we received so many compliments on the food. Not only was the menu delicious, but Jenifer met us on location and set everything up from the buffet to the bar. She left plenty of extra items we would need to keep food hot, and serve ourselves. I highly recommend any of these restaurants for an awesome catering experience.

White Oak Hospitality offers an amazing experience. My family hosted a 50th birthday party. Every detail was considered. The food was delicious and beautifully displayed, the staff was courteous and efficient, and the cleanup was impeccable. I will definitely recommend their services and intend to use them again.

Executed through our team’s passion for hospitality, we strive to create and celebrate memorable experiences daily. The team’s dedication to our shared vision ensures we exceed the expectations of all those who pass through our doors.